Cardiovascular disease generally refers to conditions that involve narrowed or blocked blood vessels that can lead to a heart attack, chest pain (angina) or stroke. Diseases under the cardiovascular disease umbrella include blood vessel diseases, such as coronary artery disease; heart rhythm problems (arrhythmias); and heart defects you’re born with (congenital heart defects), among others.

Atrial fibrillation (AF, or A-fib) is a disorder in which the normally regular and coordinated contraction pattern of the heart’s two small upper chambers, or the atria, becomes irregular and uncoordinated. The irregular contraction pattern associated with AF causes blood to pool in the atria, predisposing the formation of clots potentially resulting in stroke.  In addition, AF increases the risk of stroke and may also contribute to worsening heart failure.

AF is considered an epidemic cardiovascular disease. The estimated number of individuals with AF globally in 2010 was 33.5 million.  According to the Decision Resources Group, the estimated number of individuals with AF in the United States in 2015 was approximately 4.9 million.  The approved therapies for the treatment or prevention AF have certain disadvantages in HFREF patients, such as toxic or cardiovascular adverse effects, and most of the approved drugs for AF are contraindicated or have warnings in their prescribing information for such patients. We believe there is an unmet medical need for new AF treatments that have fewer side effects than currently available therapies and are more effective, particularly in HFREF patients. 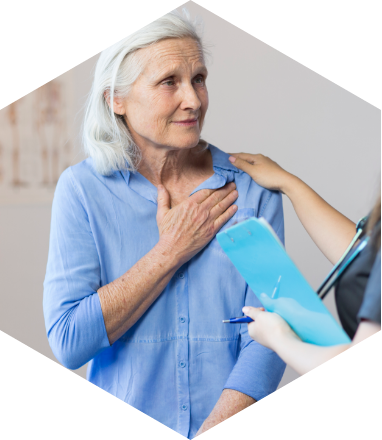